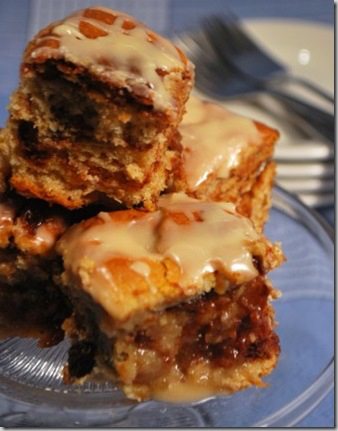 Chocolate, roses, Champagne, expensive dinners in fancy restaurants…I could keep going on about what people will be doing to celebrate Valentine’s Day today.  Each of these of course makes us feel special and appreciated on any day, not just Valentine’s day.  However I’m willing to bet that deep down in the recesses of our memory, baking somehow plays a part in our earliest memories of love.  Whether cupcakes that mom made for us to take to school on a birthday, or a favorite pie or cake baked especially for us.

Both of my my grandma’s were great cooks.  It was always a treat to enjoy their home cooked meals when we visited.  It was never “fancy”, just simple home cooking that fed our souls as well as our body.  I know that sounds very “clicheish” but it wasn’t just a task for them, rather, a way of expressing their love for their family and friends.  If neighbors or friends should happen to “come a calling” and drop in for a visit, there was always some form of baked good to enjoy over a cup of coffee.  I seriously doubt that Grandma Sehnert’s cookie jar was ever empty for more than a day.   Both Grandmas were known for their cinnamon rolls.  I was blessed at an early age to experience the various forms these delicious treats can take.  Grandma Sehnert always made a frosted style of cinnamon roll and Grandma Schuster made what would most people would call “sticky buns”, sometimes with nuts, sometimes without.  Either way, they were cinnamon rolls to us in two different forms and one of the most sought after treats of a visit to the grandparents.

Baking was one of the earliest forms of food preparation that I learned to do myself and still what I enjoy most when I have free time.  Unlike cooking which requires someone to enjoy the meal when it’s finished, baking allows you to express your creativity and love, and share it at another time..that same day, the next day, or to put in the freezer and share when company visits.

My friend Martha Hopkins has been visiting this week to do aphrodisiac cooking classes with me,  recently gained a new interest in baking.  When we first met about 5 years ago she tended to shy away from my suggestion that we do baked items in her cooking classes.  As the co-author of  “The New InterCourses: an aphrodisiac cookbook”, I just assumed she had a complete sense of comfort with each of the recipes in the book.  While yes she had tested and re-tested them, there was still a sense of anxiety when it came to baking.  Over the past few years I’ve seen her go from being a nervous baker to this past week when she enthusiastically jumped into making homemade ladyfingers, buttermilk-potato bread, and pizza dough while we prepped for an impromptu “welcome back party”.   When I expressed my surprise at her interest in learning more about various techniques and baked goods she said “I took up baking because it was a way I could share my love with others.”  Well said Martha!

Below is a recipe that I’ve been developing since shortly after I started doing Angel Biscuits in my newest Low Country Cuisine class.  My friend Jason helped me test recipes for the class and wanted to find a way of using that dough for a cinnamon-roll style biscuit.  Below is the result of our various experimentations.

Happy Valentine’s Day to all…express your love by baking something!

These originated from a base recipe of “Angel Biscuits”, so-called because of the light texture created by the yeast which is an uncommon ingredient for biscuits. The addition of plump raisins, striations of cinnamon filling, and luscious vanilla glaze makes these more sinful than angelic! These can be made the evening before and placed in the refrigerator overnight.

Cinnamon Layer:
In a small bowl combine the dry ingredients for the cinnamon layer and mix well. Add the melted butter and mix until blended. Set aside until biscuit dough is made.

Biscuits:
Place raisins and water in a microwave-safe dish and microwave on high power for 1 minute. Set raisins aside to cool to touch. Drain off excess water once raisins have cooled.

In a mixer bowl (or a large mixing bowl if not using an electric mixer), combine the flour, sugar, salt, baking soda, instant yeast, and ground cinnamon. Mix well to combine the dry ingredients. Add the cooled raisins and mix into the dry mixture. Make a well in the center by pulling the dry ingredients toward the side of the bowl. Pour the melted butter and buttermilk into the well and mix everything together until dough comes together. Place the mixer bowl on to the mixer and with a dough hook, knead until dough becomes smooth, about 3-5 minutes. Add more flour, a little at a time if necessary to keep dough from being sticky. Alternatively, knead by hand on the countertop for about 5 minutes or until dough becomes smooth and has a little stretch and tug to it.

Roll the dough into a rectangle that is about 9”x13” in size. Pick up the edges of the dough to make sure it’s not sticking to the counter. Lightly dust the underside with flour if necessary to prevent sticking. Scatter the reserved cinnamon mixture across the entire surface of the dough. Carefully pick up the right side of the dough and fold about two-thirds of the way toward the left side. Fold the left side over the right side so that the dough is folded like a business letter. Pinch the exposed edges together to contain the cinnamon filling. Using light pressure, roll the dough lengthwise about 3-inches in each direction. As done before, fold the dough into thirds again. Roll the dough to create a 9”x9”-inch square. Using a chef’s knife, cut the dough into four strips in each direction to create 16 square biscuits. Spray a 9”x9” baking pan with vegetable spray or grease with butter. Place biscuits into pan. They will touch but that’s ok. Cover top of pan with a piece of greased parchment or waxed paper and set aside in a warm location to rise for about 1 hour or until they are nearing the top of the pan. If preparing biscuits a day ahead, let rise at room temperature for only about 20 minutes before covering and placing in the refrigerator overnight.

When biscuits are nearly risen to the top of the pan, pre-heat oven to 425 degrees (400 convection).

Bake biscuit for 12-15 minutes or until top is nicely golden brown.  Biscuits that have been refrigerated overnight should be baked for about 30 minutes, cover lightly with foil if they are browning too much.

While biscuits are baking, combine the glaze ingredients in a small bowl and beat together with a whisk to create a smooth thick glaze.

Let biscuits cool for about 10-15 minutes before drizzling with the vanilla glaze. Cut biscuits apart and serve warm.

*If using regular active-dry yeast and not the instant or “rapid-rise” yeast, combine the yeast with ¼ cup of warm water and let sit for about 10 minutes before adding to the dry ingredients.