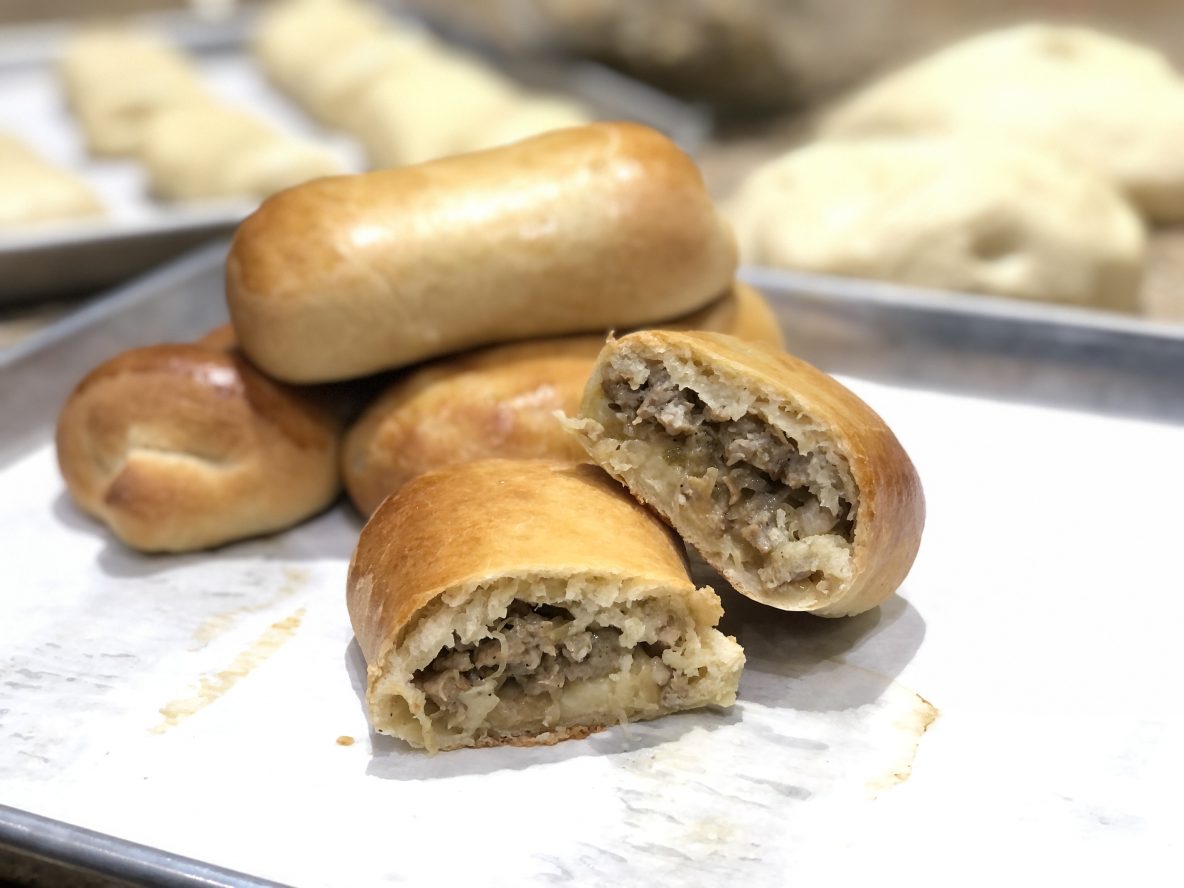 Little known outside Nebraska, the Runza is the state’s official sandwich.  The name Runza was created by Sally Brening Everett who, along with her brother, created first Runza Drive Inn restaurant in Lincoln, NE in 1949.  Her version of the name is thought to come from either an alternate name for the sandwich the “krautrunz” or lower German dialect term … END_OF_DOCUMENT_TOKEN_TO_BE_REPLACED

A few weeks ago I went to my niece’s graduation from the University of Nebraska at Lincoln. We’re originally from Nebraska and a favorite part of going back to visit family is always indulging in the Czechoslovakian pastry known as a kolach. Saline County, Nebraska is home to a large Czech population that immigrated in the late 1800’s. Kolache (plural … END_OF_DOCUMENT_TOKEN_TO_BE_REPLACED 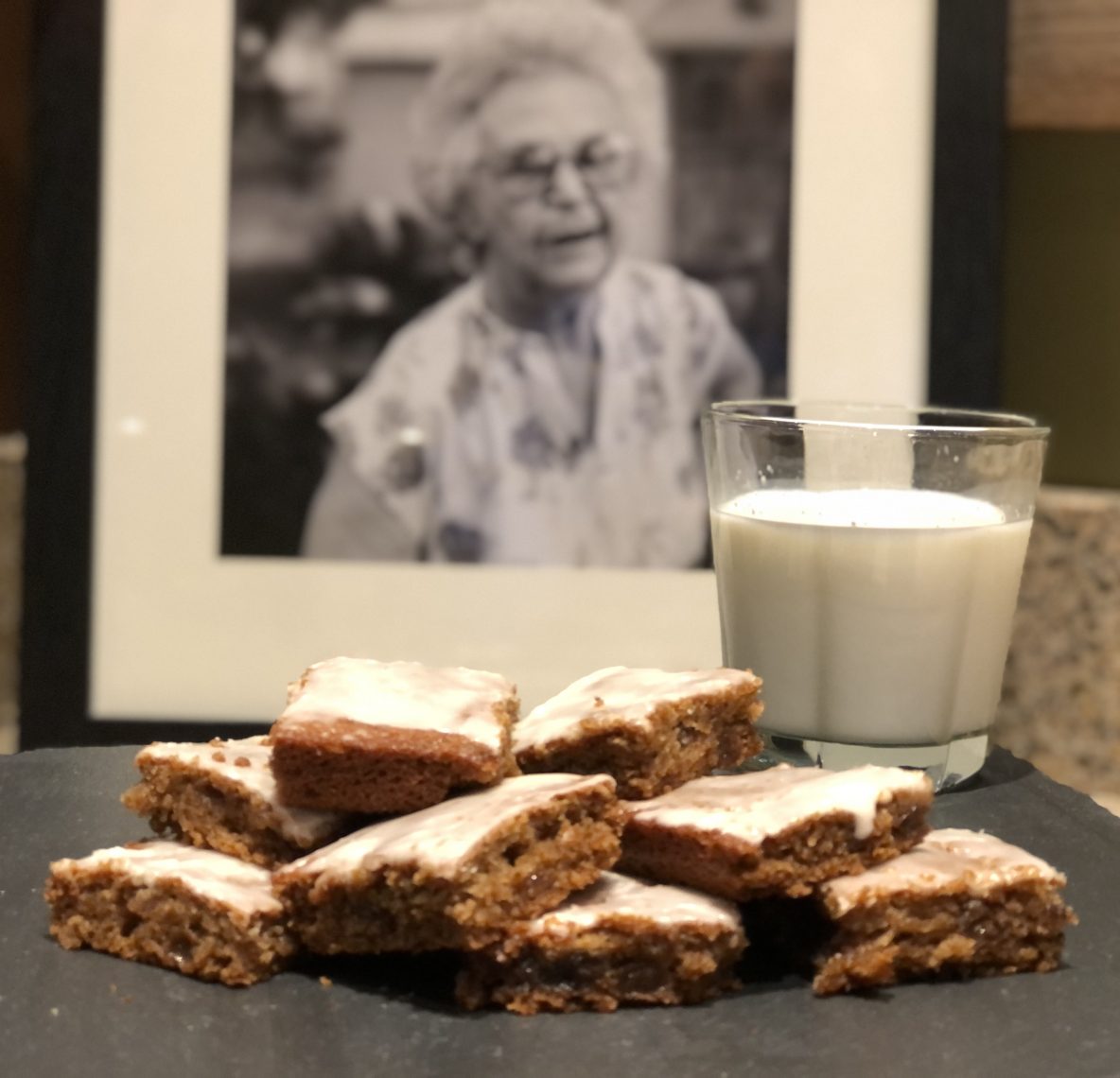 Grandma Sehnert’s Applesauce Bars While this can be baked in round or square cake pans, my mom frequently made this cake as a bar in a 11×15 jellyroll pan.  It was a welcome surprise when I got home from school and frequently made an appearance when we went to a potluck.  Mom would spread these with a thin powdered sugar … END_OF_DOCUMENT_TOKEN_TO_BE_REPLACED 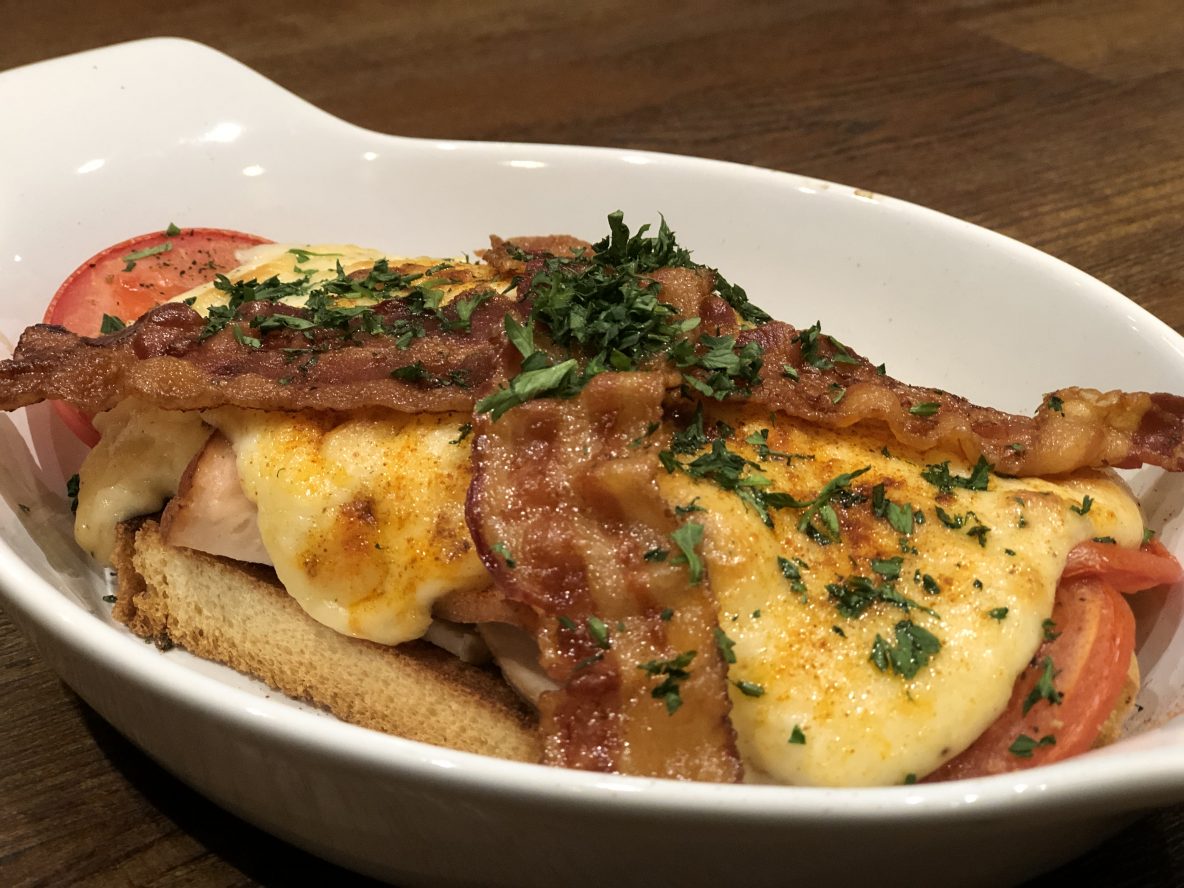 While not as famous as the Kentucky Derby, the “Hot Brown” is regionally famous dish associated with the same city as the run for the roses. Originally created by the chef of the Brown Hotel in the 1920’s, it is still on the hotel’s menu today. As a prominent setting in the city, the hotel’s dinner dances were a popular … END_OF_DOCUMENT_TOKEN_TO_BE_REPLACED 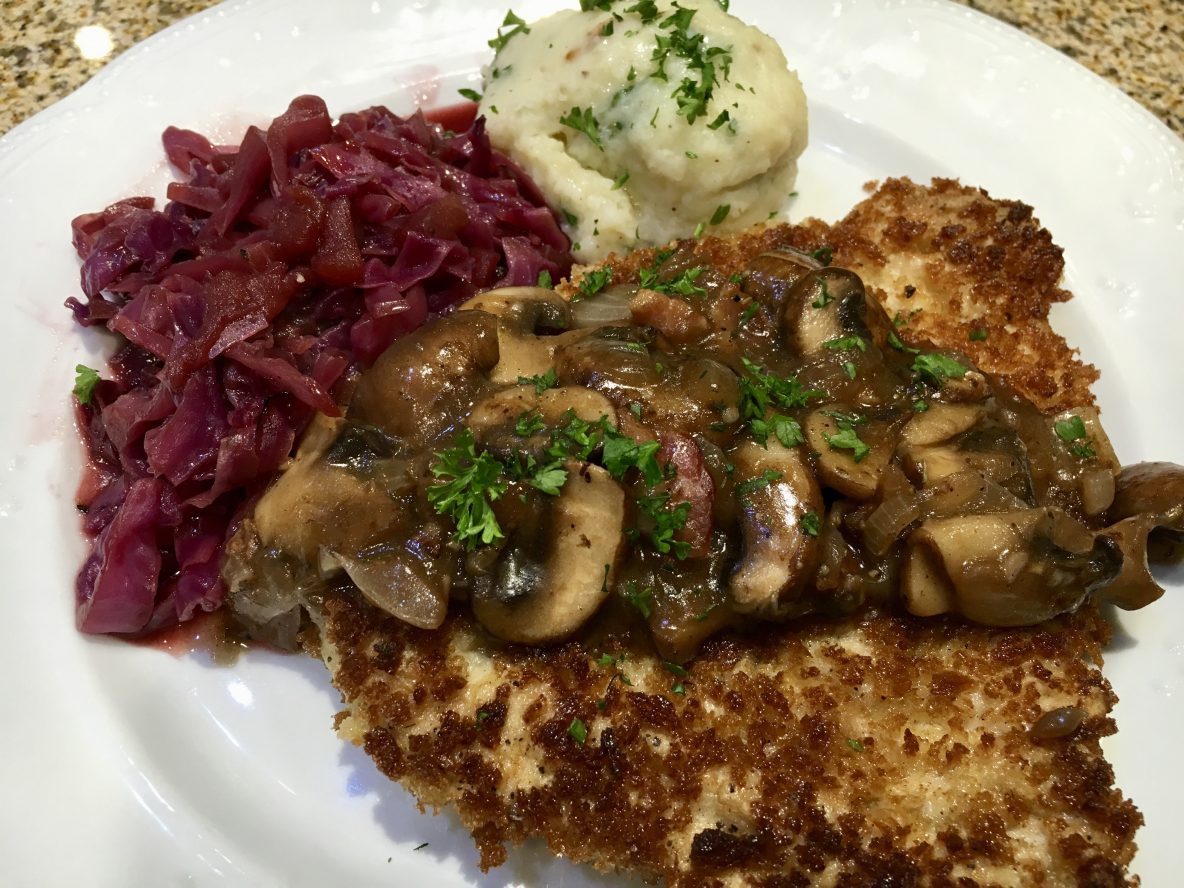 Blondies are perfect for times when a quick dessert is needed since they can be easily mixed by hand and put into the oven in short order. 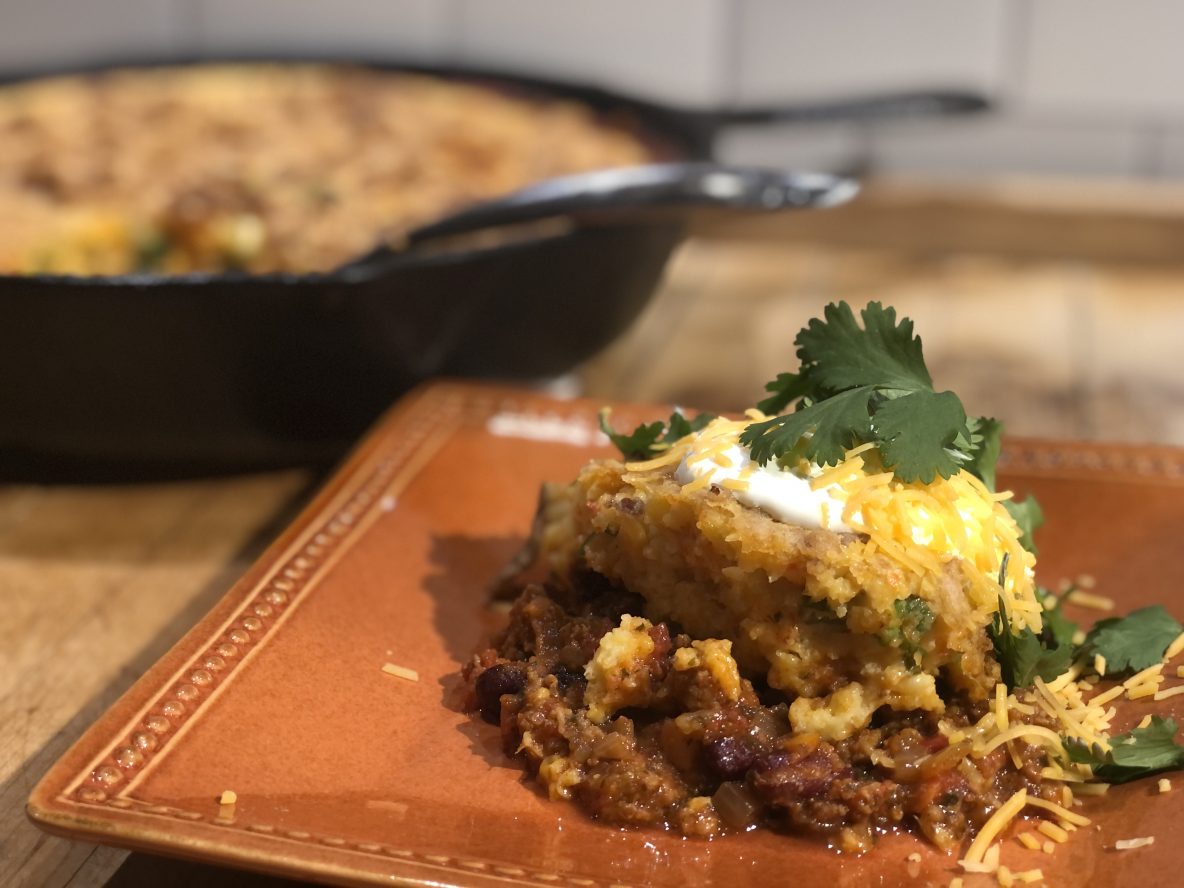 Traditionally, Tamale Pie is usually a mix of seasoned ground beef with onions and corn, topped with a cornbread batter.   Here I’ve replaced the ground beef with chili and topped it with corn pudding, more of a “custardy” corn bread batter flavored with minced chilis.  While it doesn’t take long to make, you could just as easily use your favorite … END_OF_DOCUMENT_TOKEN_TO_BE_REPLACED 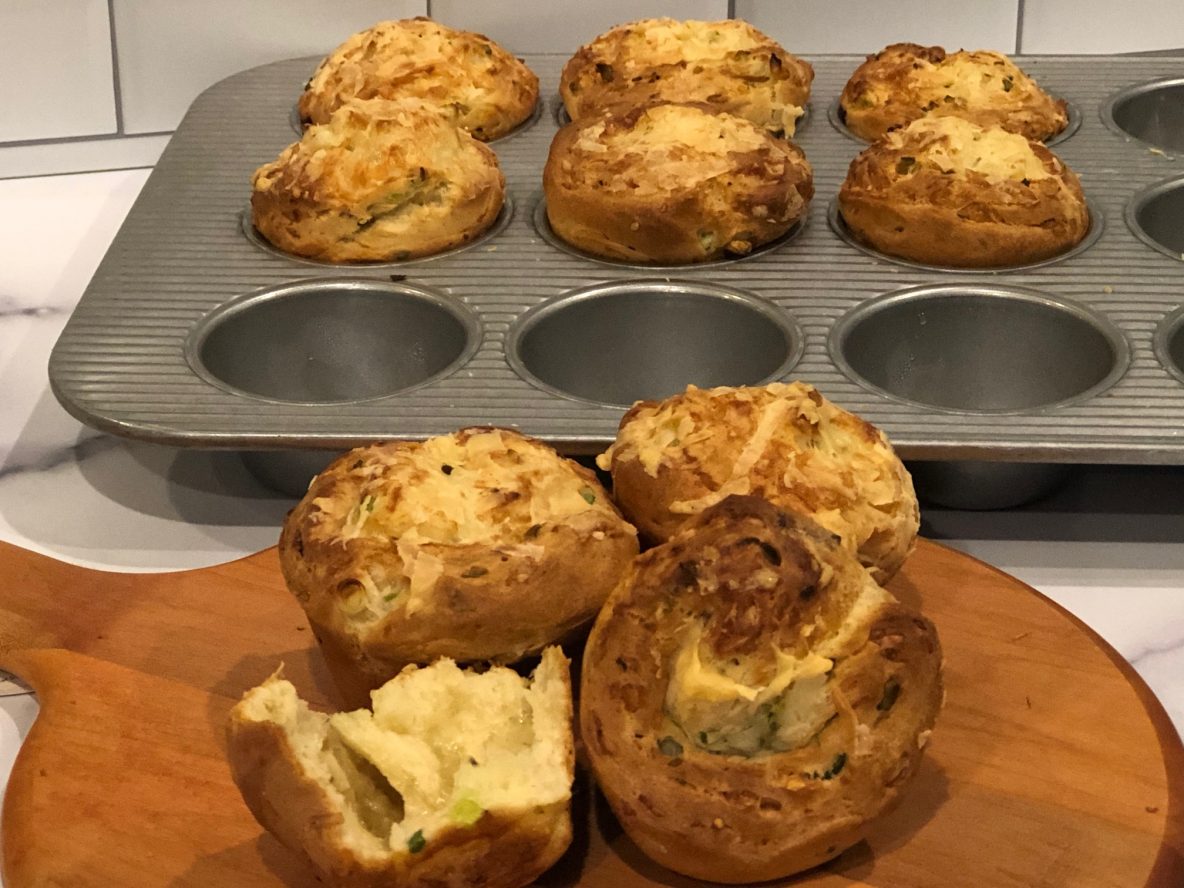 Angel Biscuits are the base of this recipe. Often called “Brides Biscuits”, Angel biscuits are a cross between a yeast roll and a biscuit. They are leavened with yeast, baking powder, and baking soda. This combination of leavening agents allows you to bake them immediately, or refrigerate and bake a day or two later. You may also let them rise … END_OF_DOCUMENT_TOKEN_TO_BE_REPLACED 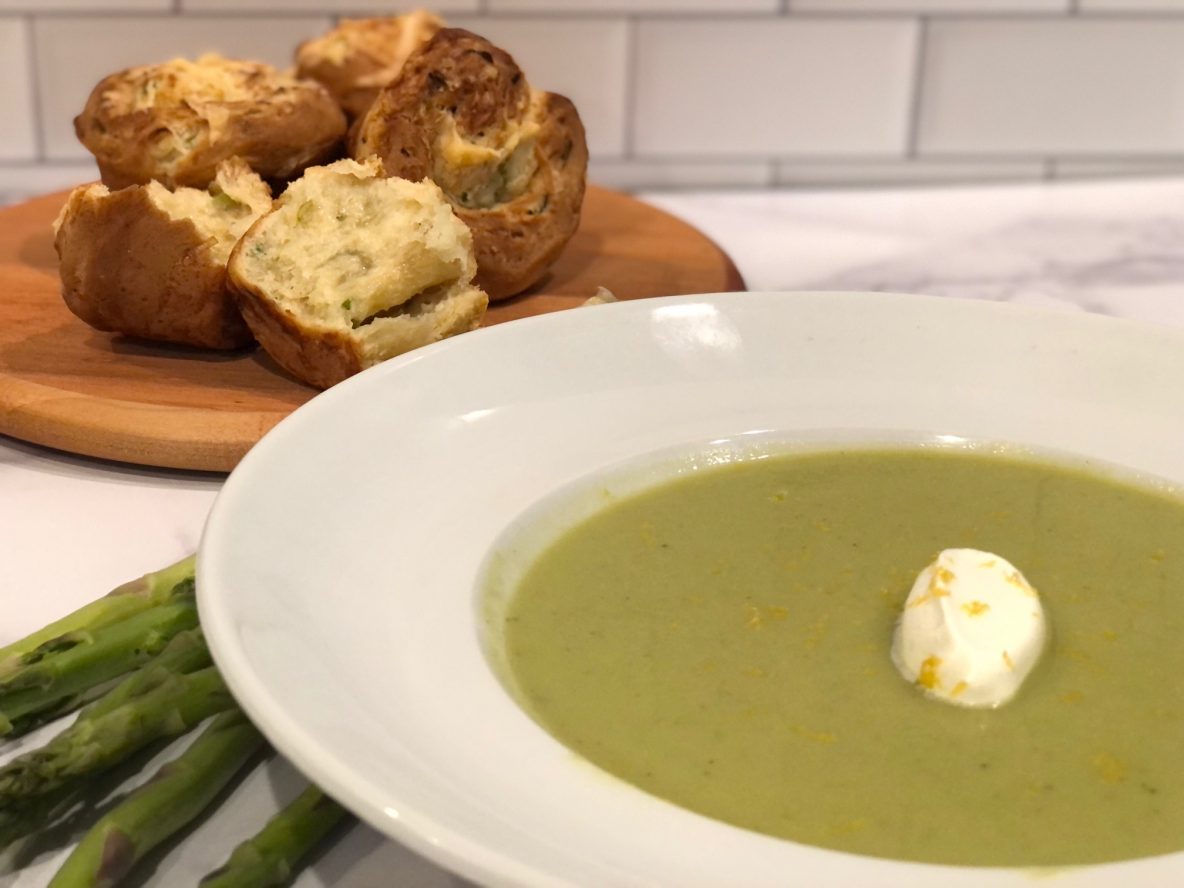 Asparagus stems…what do you do with them? Most people trim them and then throw them away. Stop it! Save those asparagus stems and cut them up for use in soup at a later date. A key factor for profitability in a restaurant is minimizing waste. Your home grocery budget shouldn’t be any different. If you discard a third of the … END_OF_DOCUMENT_TOKEN_TO_BE_REPLACED