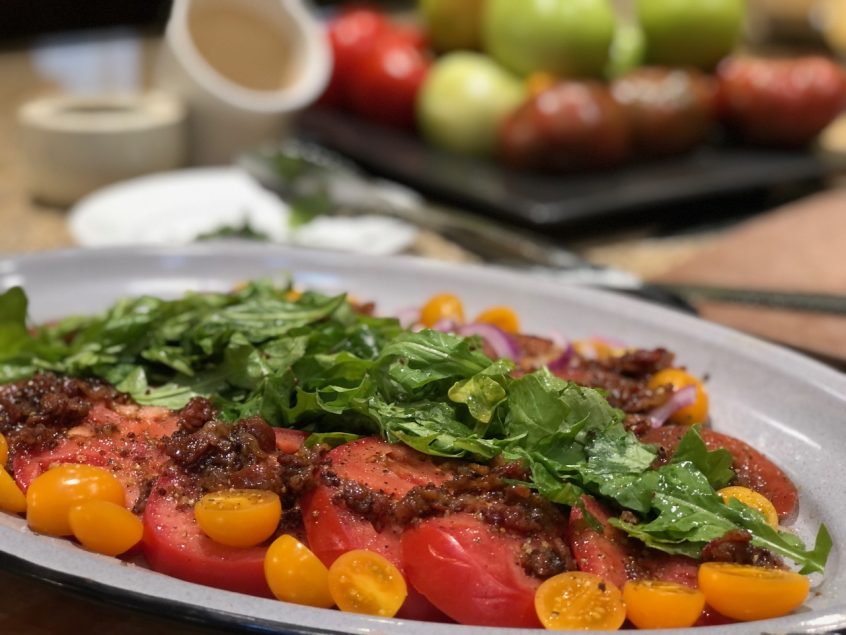 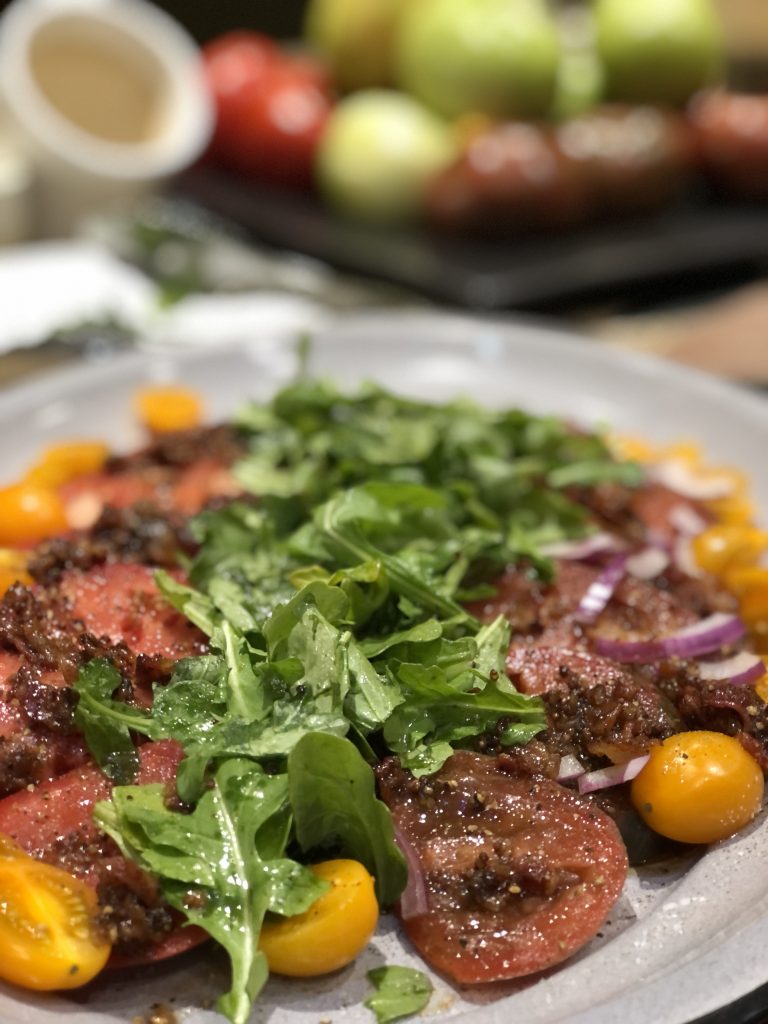 The fresh flavor of vine-ripe summer tomatoes needs little embellishment.  This easy dressing adds just enough of an accent without overwhelming that special summer flavor.  A combination of different heirloom tomatoes will make for a brighter and visually vibrant salad.  Slicing tomatoes vertically instead of cross-wise (as most people do), will create more consistent sized slices, produce more solid interior per slice, and make the gel less likely to fall out.

Place cut bacon in a 10” saute pan and place over medium heat.  Cook until fat is rendered and bacon becomes crispy.  While bacon is cooking, cored and place the tomatoes cored side down.  Slice tomatoes vertically into ¼’ thick slices.  Shingle the slices on a platter.  If using the grape or cherry tomatoes, slice them in half and scatter across the sliced tomatoes.  Season tomatoes with salt and pepper.

When bacon is crisp, remove from the pan with a slotted spoon. Add the minced shallots and the ½ teaspoon kosher salt and ¼ teaspoon freshly ground black pepper.  Cook until shallots or just softened.  Deglaze the pan by adding the vinegar and scraping the bottom of the pan.  Add the mustard, sugar, and olive oil.  Bring dressing to a boil.  Carefully taste and adjust seasoning as necessary.  If too sharp, add a bit more olive oil.  It should have a nice sweet/tart balance.

If using the arugula or watercress, drizzle 1/3 of the dressing over that and toss to coat greens.  Drizzle remaining dressing over the sliced tomatoes.  Arranged the dressed greens in center of the platter on top of the tomatoes.

Sprinkle crumbled blue cheese over the sliced tomatoes before drizzling with the dressing.